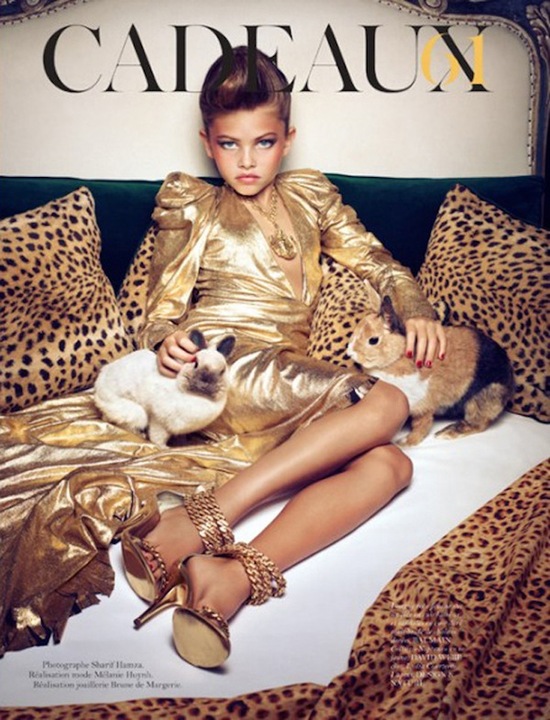 Since the beginning of time, children have had to fulfill adult roles. If you search on Wikipedia for Child Rulers, there are literally over 450 of them, most likely more because who knows how many didn’t go down in history. That’s 450 children who were given such a huge responsibility as running a country or tribe, no matter how small or large it was. Most of these child rulers are rarely talked about by the modern masses, but a few of them have become some of the most famous rulers in all history. Rulers like King Tut, who ascended to the throne at the tender age of nine or ten. Unlike so many adult rulers, King Tut changed the entire face of Egypt in his mere nine years of rule, from which city was the capital and smaller things like that, all the way to the very main god that they worshipped.

Then there’s Henry VI of England who succeeded to the throne at a mere nine months old. Two months later he also became the king of France. Yes, he was too young to actually rule, only officially doing so after his mother died when he was sixteen years old, but still, I can’t imagine growing up never having known life before being king. If you think that was young, Mary Queen of Scots was a mere six days oldwhen she became queen.

To show how much respect some of these children were given, one child ruler was even canonized by the Catholic Church. That was Louis IX of France, who became king at a mere twelve years old. In 1908, a two years old Henry Puyi became emperor of China. Unlike most emperors, he was basically kept a prisoner his entire life. Knowing that, I’m not sure how much he actually ruled versus just being forced to be the face of an empire, but still, it’s impressive. The most modern of child rulers that I could find in my research was in 1939, when a fifteen-year-old became the esteemed Dalai Lama, ruling all of Tibet.

Then, if you think about it, for every child ruler, there are probably thousands, perhaps millions, more children who have to make their own money, whether for their families, or for their own survival. Children who never knew the innocence of childhood. Children who are slaves to those who take advantage of them. Some of these children did, do, or will have to work harder than most of the adults I know.

As people live longer, healthier lives, there seem to be very few child rulers, if any, but now children have other responsibilities. In numerous families, like my own, both parents work, forcing the older siblings to raise the younger children. Of course, if these older siblings are anything like my brothers were, then they’d really just play the computer while the youngest took care of themselves. Being raised that way made me so independent and responsible that, even at a very young age, I stayed home alone. Basically, I raised myself.

For me, that’s not a bad thing. I really enjoyed it. I liked doing whatever I wanted to do whenever I wanted to do it. I’m still like that today, which might be bad now because this is so engrained in me that I literally can’t date a guy for more than a couple of weeks. They just want too much of my time and I don’t want to give it to them. It’s like, “You want to see me this weekend? AGAIN? I just saw you last week!” So, instead of going forward and making a relationship, I pretty much just stop answering their calls and texts until they get the hint to leave me alone.

Growing up doing whatever I wanted wasn’t always easy. There were times—probably more often than not—that I had to hide what I did from my parents so they couldn’t tell me to stop. My siblings and I would always make up stories of what “happened” to tell our parents so they wouldn’t know the trouble we got ourselves into. Like the time when my brother was sliding down the banister from the top floor, hit the wood on the main floor with his socks, and proceeded to fall down the stairs to the basement. He shattered his jaw and spent a few days in the hospital, and then months after with his mouth wired shut. Our “story” was that he just slipped on the wood and fell. And of course we all stuck to it.

Another time we had to come up with a story was when we were playing with an ax. Yes, an ax. It was me and my two brothers closest in age to me. My older brother was probably nine, I was seven, and my little brother five. We were playing in the woods with a neighbor my older brother’s age, whittling trees, when my little brother walked up behind us and got the back of the ax in the head. I can’t remember the story we came up with, but we all agreed to keep the ax a secret. Not just so we wouldn’t get in trouble, but also so we could play with it again. Hopefully without taking a chunk of my brother’s forehead with it.

We have so many of these stories; so many injuries. Honestly, I don’t know how we all made it to adulthood with all our appendages intact. Well, yes, my brother practically cut off the tip of my thumb with scissors once, but they were able to sew it back on. I don’t really have feeling in most of it, but other than a deep scar and a slightly deformed fingernail, it passes as normal. We’ll just say this. . .we got good at making our own stitches out of the sticky parts of Band-Aids so we wouldn’t have to go to the doctor. My mom even popped my dislocated elbow in by herself once and my dad scrubbed all the gravel out of my elbow to knee road rash by himself. . .after first having me soak in a hot bath that felt like it was shredding my road rash open. I literally hated him for a while after that.

But all in all, no matter how independent we were, we were also allowed to just be kids. We didn’t have too much responsibility. Enough, through chores and such things, but not so much so that we couldn’t just go outside and play from dawn to dusk.

The same can’t be said for so many children today. In the late 20th century, the numbers of beauty queens (and kings), child actors, and child models started to grow exponentially. And so many of these children become the breadwinners for their families. It literally blows my mind. I’m not sure how many of these children choose this life themselves and how many are forced by parents living through their children. Either way, it seems like some of the most famous people today are children.

To continue reading, go to: http://convozine.com/whatsupwiththat/35159